My new home for the next month and a half I decided is Toulouse France. They have a crossfit gym, and a basketball court right behind my place. People are also super friendly. They will just strike up a conversation with me all the time. Saw “Interstellar” it was dubbed in french with no subtitlites.. I had no idea what happened in that movie all I can think of is Matthew McConahey saying “Murphy” in a pepe le pew voice. The girl next to me gave me her facebook and invited me to an irish pub where they were doing Christmas trivia. Took a quickie to a bar with a live band. The lead singer looked like Biff from Back to the Future but with mutton chops and high waisted pants. Ironically Johnny be good was played directly after. This bugged eyed guy had this meter long straw and would stick it into peoples drinks like daniel plainview and siphon off there booze. Pretty genius. No wifi in toulouse, total shit. They don’t use dental floss in France not only do they say its bad for your teeth.. coming from a guy with teeth like rusty bear trap but they don’t even know the french name for it.

Used up my remaining eurorail pass and went to Barcelona Spain.They sell gazpacho in McDonald’s. Its a tasty cold tomato type soup. Why are babies in Renaissance paintings so ugly. Cured spainish ham is famous and amazingly delicious. You would go into a shop and they have entire cured pig legs lining the walls. Smelled gross 1,000 pounds of pig meat smelled like my dog after hes been marinating in my living room all day. Antonio Goudi architecture looks organic the inside of casa de something looked like a underwater cave no straight lines anywhere. Seemed like the entire house could be lit up from natural light alone. Church of sangrada familia designed by Goudi is the most famous cathedral in the world. When I came inside, it felt amazing. Feels like your in a redwood forest at sundown with multicolored light beams shooting thru the folliage.Dollar beers. Saw a delivery truck hit a motorcyclist. He was ok. I screamed to a lady who almost get hit by a bus.She was ok. Almost is an understatement. My stomach went into my throat. As I reached out and she stepback just in time. saw red bull and smurf gelato. Tapas all day. was good but I had the most explosive diarrhea. German dudes with light up christmas sweaters playing beer pong against two polish girls. They were shouting in german. wouldn’t be the first time. drunk annoying chubby checkers girl kept trying to play bar games with me so id buy her a drink. Guessing where she was from. I said Wales. When she said Hungary I replied that makes sense You look Hungary. Some british girls had there gums pierced. I ask “why would you do that” she said “do you like the dentist”. I said “Does anyone like the dentist?”Danced with some girl with smile plasterd on her face like a used car

salesmen. I kept making people apologize for bumping into her. And they weren’t but it was funny. Picasso museum was amazing it was all the work he did as a teenager. You wouldnt believe the full scale classical style paintings he was doing at 14. Incredible

Joined crossfit Toulouse. I wandered in awkwardly. The room

was slightly foggy from all the perspiration. Rubber floors and plywood walls. A place full of testosterone. Dmx blasting and people running around like it was musical chairs doing various exercises. Weights being thrown around and people grunting…a Planet Fitness nightmare. half the people had their shirts off like it was the set of 300. Anyway it was a serious workout and French lesson at the same time. Came home went to French restaurant famished. Never tried escargot so got that. It’s snails, very delicious but was still hungry so had some duck. My friend was regaling me stories of how she was caretaker of tigers in Thailand for 5 months. She owns three horses in the French countryside and promised we would go galavanting across the hillsides. 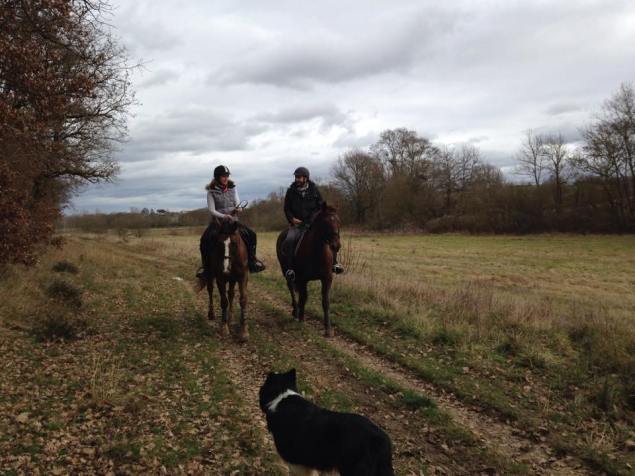 I think I’m allergic to snails because my chest was killing me and my noses got all snuffy. Got the last issue of Charlie hebdo had to wake up at 6am to get it. Went to a yoga class near Marengo. It was like controlled breathing yoga, really calm. Had a wierd Buddha shrine in the corner that looked like the scene of a teenaged car accident

. My brother came to visit me we were suppose to have a reunion with these two Dutch girls we met in Berlin. It was double date and within the first five minutes they showed us a pic of them wearing a strap on. They were crazy but really cool. They couldn’t make it at the last minute. So it was just me and my brother again. We thought it would be funny and booked three tinder double dates at the same bar at the same time. One was a no show the other came early chatted but had to go. the last was two German girls then ended up back at our place giving us a dual message. Then we switched but apparently I give bad messages. After we went out and partied till 5 am at this club called opium. Had overpriced beer the place reeked of smoke and desperation.

The next day went to paul sabiter university to play basketball with these two girls from Toulouse but the gym was taken over by youth fencing tournament so there were a bunch of kids running around looking like swash buckling mummies. Had a fondue party at my apartment at seven but only one person showed up. We single handedly polished off a enormous bottle of champagne. Went to and Irish pub after hammered. This guy in a kilt from the uk was explaining to us the finer points of rugby. Met up with two girls one looked like Bette milder from Hocus Pocus, the other girl had a smile straight out of a Colgate ad and a full back tattoo of a musical score. She was hot and my apartment was close so we went back and fucked, “Hey do you wanna go back out and keep drinking”  I said, sure she said, we got dress and left with my brother who was waiting outside. We went to a bar called jagger. Then club 23, where we ran into the girl we played basketball with. The Flirtation was rising, “have you ever kissed two brothers in the same night” my brother said to My girl.  They proceeded to make out and I started dancing with the other girl.  Emotions were high and it was pretty clear what was going to happen that night.  All four of us went back to my place and we hooked up

me and my passing the girls between us it was a bizarre experience. Got no sleep that night and passed out the next morning at the laundromat during the spin cycle.